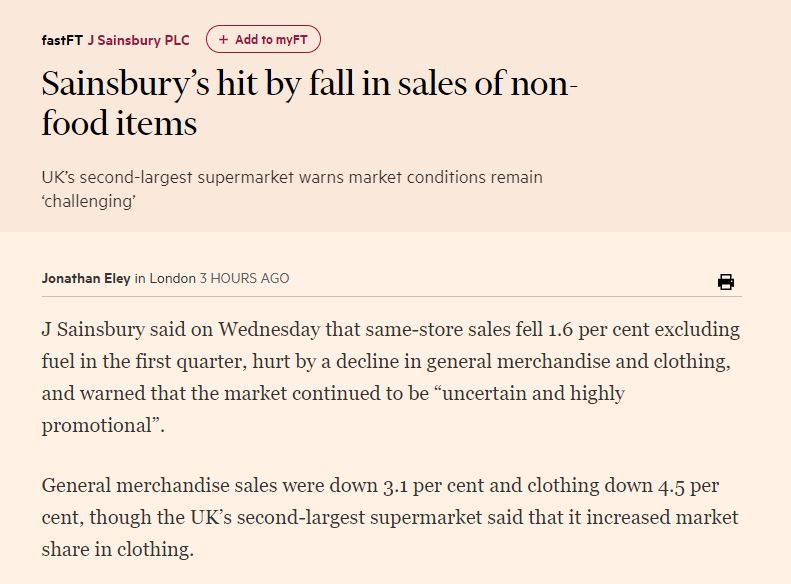 The results conclude a third straight quarter of declining underlying sales for the British supermarket group driven by weak demand for clothing and general merchandise, and cautioned it's core business segments remained highly competitive and promotional.

Reuters data shows Sainsbury's shares down c.30% in only 5 months 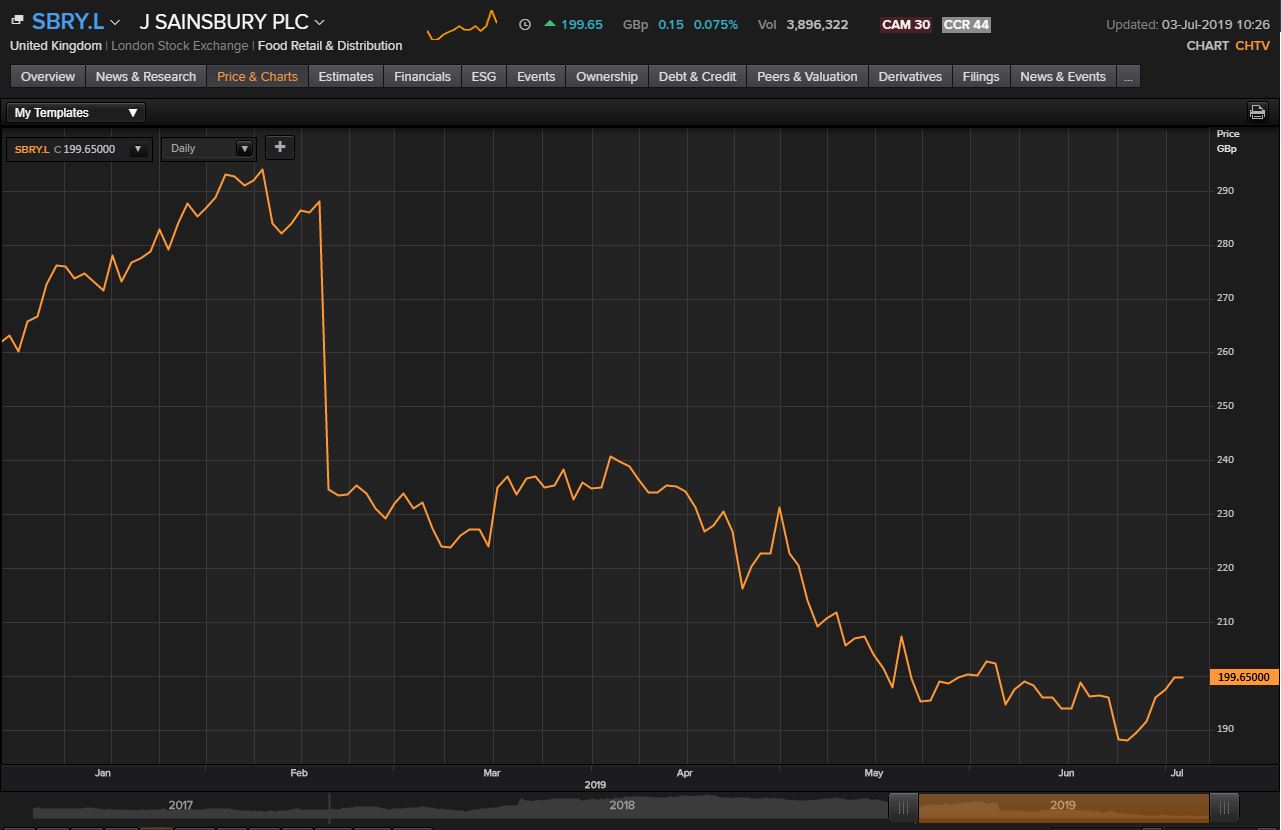 Clients were able to scale initiate or scale their short positions with enough time to capitalise on the more than 13% drop in Sainsbury's share price in the weeks leading up to the results.