Our short/sell recommendation on Superdry generated more than 9% investment returns for clients after the British fashion retailer warned of weaker trading after suffering a £85m loss.

On 10th July 2019, Superdry reported a 4.5% decline in LFL sales for the final quarter of the fiscal year ending in April 2019, disappointing investors as it cautioned on a continued difficult trading environment, economic uncertainty, and legacy issues post-Dunkerton's reinstatement.

Management reported wholesales fell 9.3%, and ecommerce declined by 3.7%. The 0.4% increase in retail did nothing to counteract the massive declines in wholesales and ecommerce. 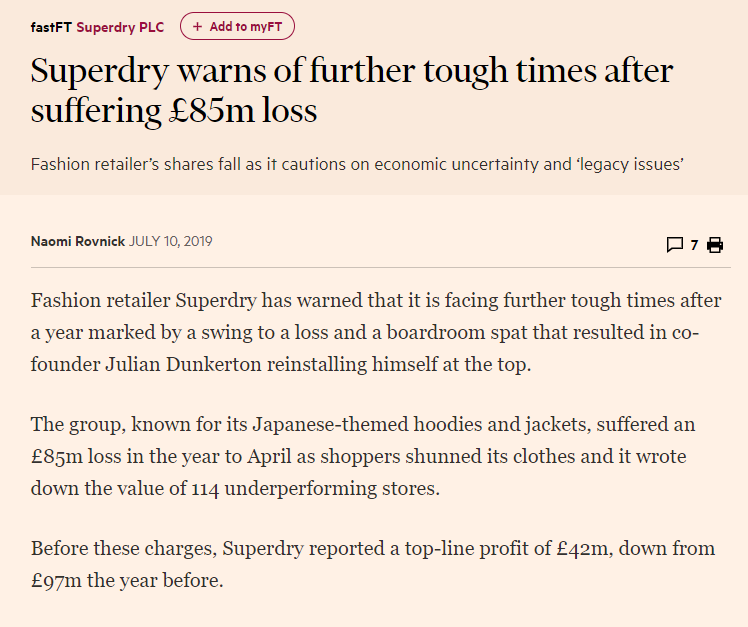 These results illustrated continued decline for the fashion retailer driven by limited product demand due to lack of variety, the growing strength of competitors, and scaled back promotions in comparison to quarters two and three.

“Global retail markets are expected to remain highly competitive and the consumer outlook continues to be uncertain, including the continued uncertainty of the impact of Brexit,” Superdry’s management said.

Reuters data shows Superdry's shares down ore 20% in just 3 months totalling a 60% decline over the past year. 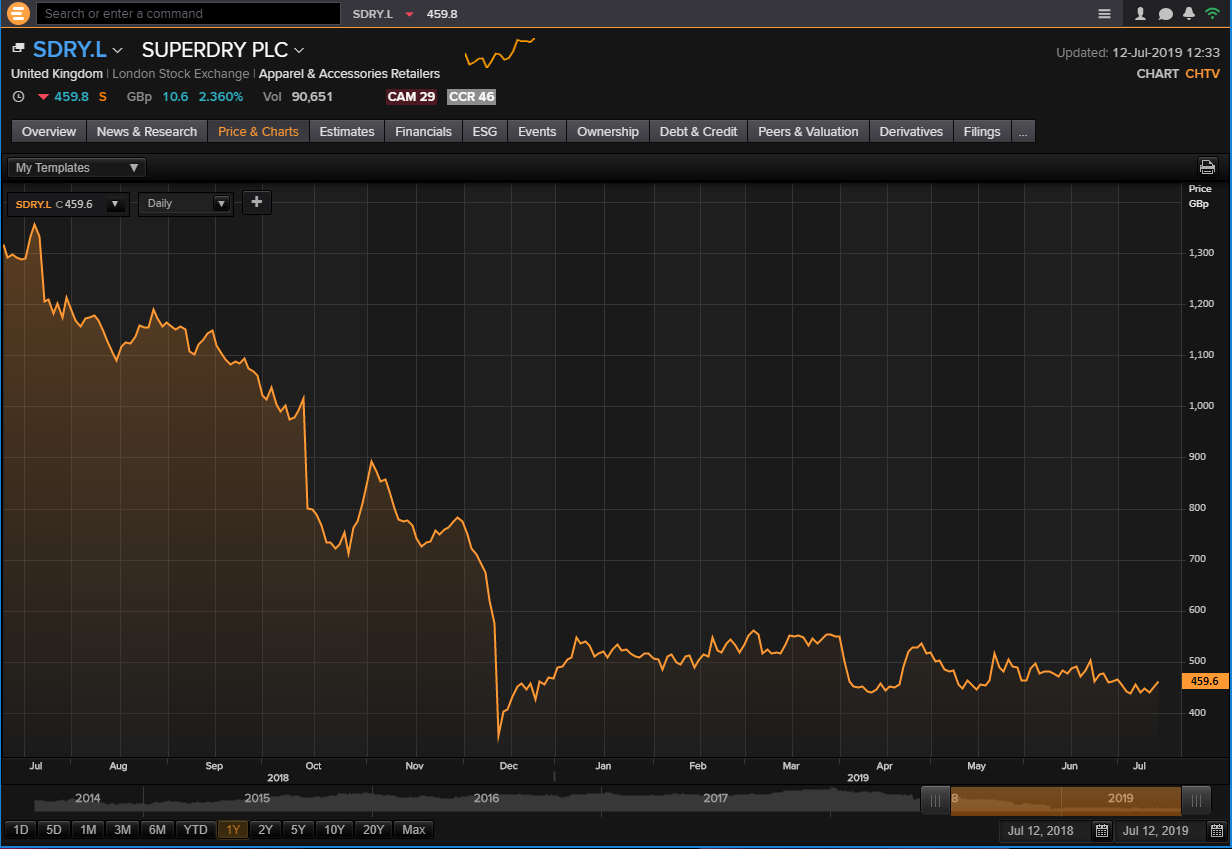 Woozle’s team of primary researchers uncovered evidence of continued decreases in LFL sales across the EU and UK, decreased foot traffic in comparison with this time last year, declining customer interest due to promotional cutbacks, and rising prices in comparison with competitors. 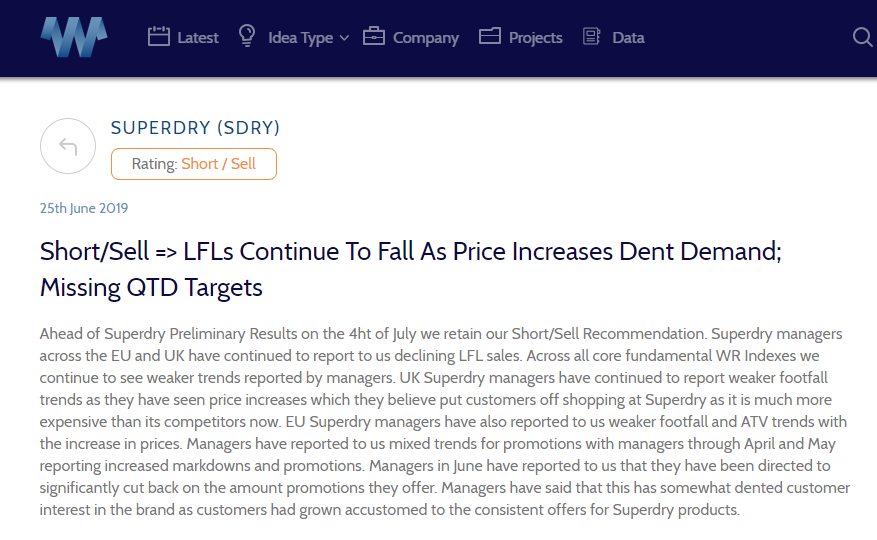 Clients were able to initiate or scale their short positions with enough time to capitalise on the more than 9% drop in Superdry’s share price in the weeks leading up to the results.